What’s the difference between a thought leader and an influencer?

Whether marketing yourself or your brand, you want to be known as someone ahead of the game, with brilliant, innovative ideas and an impactful presence. But, are you a thought leader or are you an influencer? There is a definite distinction between the two, of which we will explore below.

How are they alike?

Thought leaders and influencers do have a few shared qualities.

Both parties must have large followings in order to earn their respective titles. They’ve managed to obtain the holy grail of reach, resonance and relevance.

Within their large audience, both parties are able to influence individual’s decisions. Whether through their blog content, social media or even just with their general presence, both thought leaders and influencers have the capacity to change people’s minds and behaviors. Usually this is in a consumer context, but can also be done in terms of activism, politics and education.

How do they differ?

There are a number of important ways that thought leaders and influences differ from each other.

Influencers may have few true redeeming aspects/Thought leaders have character, integrity and intelligence

Influencers don’t need to have any great, redeeming qualities that set them apart from the masses. The qualities for which they’ve used to amass their audience and their influence could be as simple as wealth, beauty or even scandal. Thought leaders, in contrast, are often recognized for their good character, as well as their integrity and the ability to craft innovative ideas.

Because many influencers aren’t well-known for their redeeming qualities, the power they wield can be somewhat dangerous. Consider the many celebrity influencers out there who impact the decisions of many young people in a not-so-savory way. Thought leaders, on the other hand, use their influence to guide and shape their audience for good. While no one is perfect, their overall mantra is to make the world a better place and strive to do so through their ideas and thoughts.

Influencers don’t need to be well-schooled or have extensive knowledge in any one aspect, whereas thought leaders are often considerably schooled in their specialty and have in-depth knowledge of their industry. With this great bank of knowledge, they are well able to deliver provoking, insightful and original thoughts. On the contrary, influencers often talk about other people and other people’s thoughts.

There is definitely room in the world for both thought leaders and influencers, but if you looking to gain a larger audience, have an effect on that audience and make positive changes, which one would you rather be?

If you found this article interesting, you may also find the other articles I’ve recently posted about Thought Leadership of interest.  Please feel free to share these articles with your network.

Get updates and learn from the best

PrevPreviousHow are some retailers killing it with Big Data?
NextWhat is true inspiration?Next 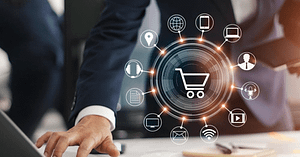 Optimizing Online Presence as a Business Owner: The Real Challenge

As more and more consumers choose to rely heavily on the Internet to get directions, read interesting content, and shop, any business that doesn’t have a good online presence could be missing out on a treasure trove of new leads and increased sales. Today, you can’t only focus on improving your physical store and hope 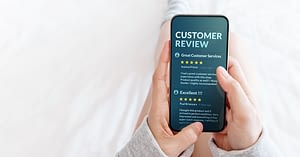 5-Star Reviews: How They Can Help Your Business Grow and How to Get More

According to BrightLocal’s Local Consumer Review Survey, 87% of online consumers read online reviews when considering a local business to purchase from. If such a great number of potential customers are doing that to determine whether or not a business is good, you most definitely need to have positive reviews. Customer reviews are much like

We use the best digital marketing tools and techniques to give businesses a competitive edge online.

We use cookies on our website to give you the most relevant experience by remembering your preferences and repeat visits. By clicking “Accept”, you consent to the use of ALL the cookies.
Cookie settingsACCEPT
Manage consent

This website uses cookies to improve your experience while you navigate through the website. Out of these, the cookies that are categorized as necessary are stored on your browser as they are essential for the working of basic functionalities of the website. We also use third-party cookies that help us analyze and understand how you use this website. These cookies will be stored in your browser only with your consent. You also have the option to opt-out of these cookies. But opting out of some of these cookies may affect your browsing experience.
Necessary Always Enabled
Necessary cookies are absolutely essential for the website to function properly. This category only includes cookies that ensures basic functionalities and security features of the website. These cookies do not store any personal information.
Non-necessary
Any cookies that may not be particularly necessary for the website to function and is used specifically to collect user personal data via analytics, ads, other embedded contents are termed as non-necessary cookies. It is mandatory to procure user consent prior to running these cookies on your website.
SAVE & ACCEPT